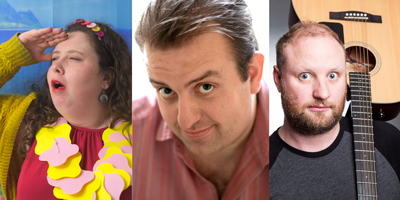 She has appeared on Republic of Telly and RTE’s New Comedy Awards.

She was a team captain on a panel show for RTE 2 called Choose or Lose, and presenter for RTE’s coverage of Electric Picnic in 2015 and 2016.  She has a new chat show called the Alison Spittle show with guests such as Tara Flynn, Aidan Power and Kevin McGahern.  She recently appeared on Joe Duffy’s Liveline, and Brendan O’Connor’s Cutting Edge.  Guess which one impressed her Mam?

NOT many Limerick men could say their life-long ambition is to make people laugh or become a Pretty Polly model.  At least one of Karl Spain’s dreams have come true.